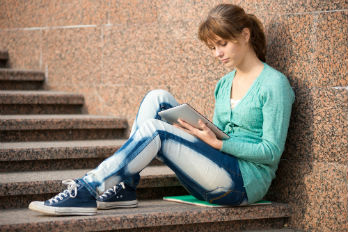 We have found that complaints regarding heavy menstrual bleeding are quite common.  In fact, about a third of all women will discuss this concern with their physician at some point.  But only a portion of these patients will go on to be diagnosed with menorrhagia, which is a condition marked by bleeding that lasts more than seven days or excessively heavy bleeding. Today we’re discussing an effective treatment option for heavy bleeding: Endometrial Ablation in Arizona.

How Heavy is Bleeding Associated with Menorrhagia?

While there is no predetermined amount of blood loss that institutes a diagnosis of menorrhagia, there are some particular signs that suggest a problem. The signs should be further evaluated by a gynecologist, and may include:

How does Endometrial Ablation in Arizona Treat Heavy Menstrual Bleeding?

Each month, the lining of the uterus thickens and builds in preparation for pregnancy. If the implantation of a fertilized egg does not take place, the lining starts to break down and it is eliminated from the body through the process of menstruation.  Endometrial ablation in Arizona treats menorrhagia at its source by demolishing the lining of the uterus through extreme temperatures, thereby preventing it from continuing to build and shed.

What are the Advantages of Endometrial Ablation in Arizona?

The biggest advantage of endometrial ablation is that it is a minimally-invasive treatment choice to correct heavy bleeding. When performing the procedure, no incisions are made; instead, thin, specialty tools are guided through the cervix and into the uterus, where either cold or heat is provided in order to destroy the lining of the uterus.

Because the procedure involves no cuts, it has many benefits over surgical options, including shorter recovery times, less bleeding and pain after the procedure, and less scarring.

Who should have Endometrial Ablation in Arizona?

Endometrial ablation isn’t right for everyone who suffers from heavy bleeding. Women who are pregnant or want to become pregnant in the future should not have the procedure.  Nor should those who currently have an intrauterine device (IUD).  Additionally, conditions such as the following should not exist in an ideal endometrial ablation patient:

However, for those whose family planning and health allow it, endometrial ablation in Arizona can be the answer that finally puts a stop to heavy, painful, long periods that they have come to dread.

If you are experiencing the symptoms of menorrhagia and believe that this endometrial ablation in Arizona may be useful for you, call our office today to schedule a consultation. We can help alleviate your annoying symptoms once and for all.