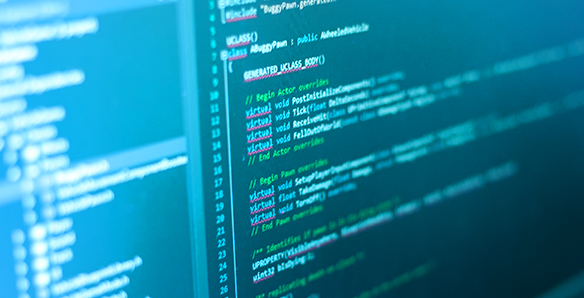 When software is being bought off the shelf by companies for use in their business functions, very little knowledge is available as to how the developers came from concept to product. Even fewer lines are included in the documentation about whether or not the development house had security as the center around which to develop the software. Most consumers simply focus on functionality and map that to the chances of successful implementation and progression of their daily operational activities.

Here are a few things that every software house should consider before shelving a software package and also for users to use when their software applications show vulnerabilities that need communicated to the vendor.

1. Features should be built concentric to security

– before each module is integrated with the rest of the system, thought should be placed on access levels according to a template or company provided user access matrix. For firms, looking at the features list does not gratify as much as knowing that the system you are looking to adopt is secure from external breech and will have your data safe from even the most complicated and improbable threats.

2. Analyze the software with relation to its destination and end users

– knowing the type and technical eptitude of the software’s end users can help with adding some design features that enhance security. this can be the difference to adding confirmation check dialogue boxes to really ascertain if the delete command is what the user wants and letting data get modified without annoying experienced users.

3. Rank the risks according to their severity

– keeping stock of possible threats and having action plans clearly documented is the best way to cut down on downtimes and resolve issues. A security policy known to all authorised response takers should be made standard and revised time and time to make sure all stakeholders work towards making the system safe and that all users act on the system in a safe manner.

4. Test for the risks

– penetration tests should be done at various stages of the development of the system as well as during the system’s interaction with real world users. this will help notice any weak points that need security patches and to see if any new additions of functions or users poses a threat on the system.

5. Take a broken system through the development process again

– sometimes getting to fix the software of all security loops will create loops in parts already working. It is best to take a reported broken system through the iterations that came up with the first version while now mending all holes that led to the security faults. If your company notices security concerns in software applications custom made for you, it is good for the developers to go back to the drawing board and take the discovered threats and make newer versions of their product that are more secure for you.

Taking security as seriously as it deserves will always come back and reward you with cost savings that would otherwise run you bankrupt taking corrective actions against. It is very important to consider the information herein when using software as a company and when actually creating software if you are a developer.